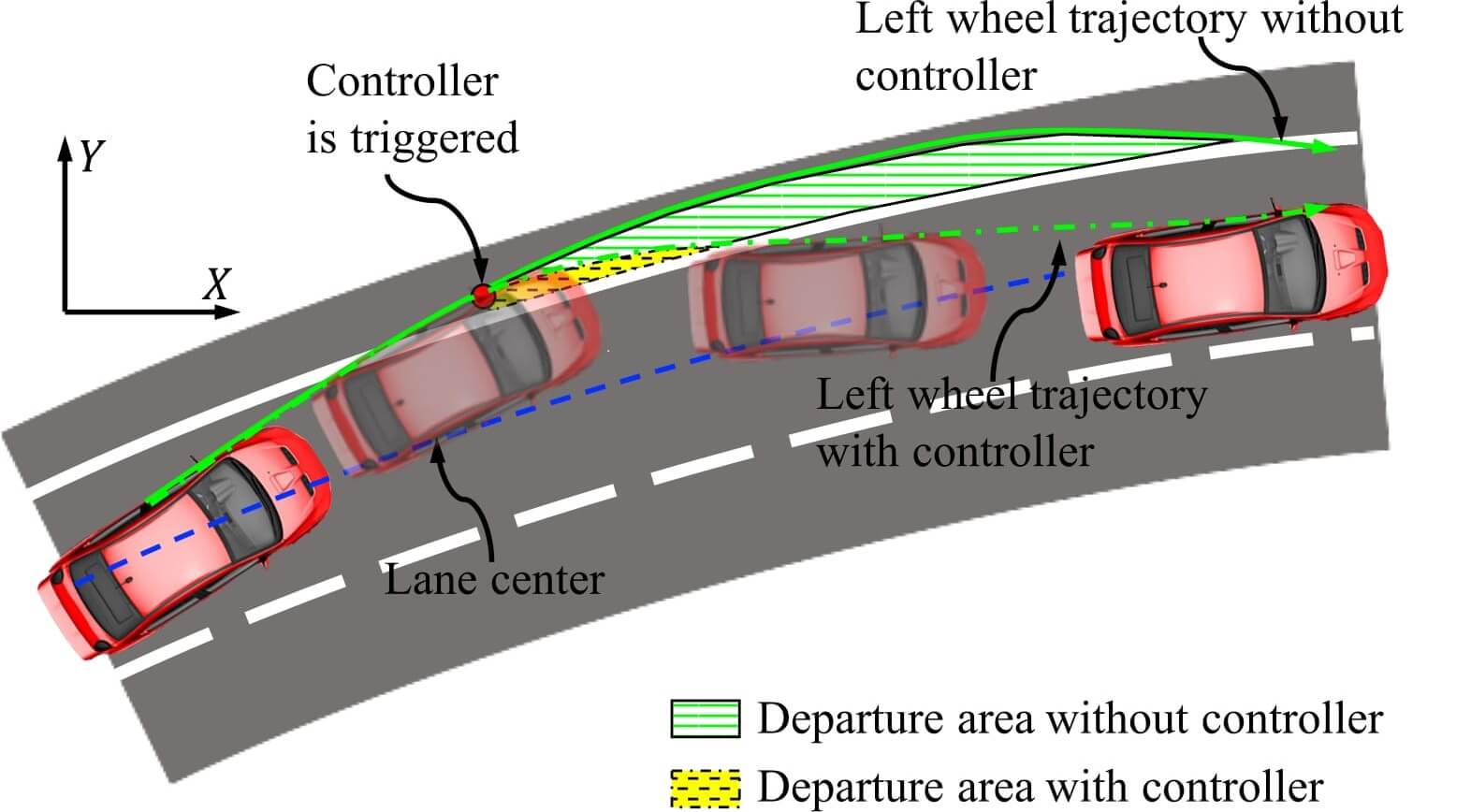 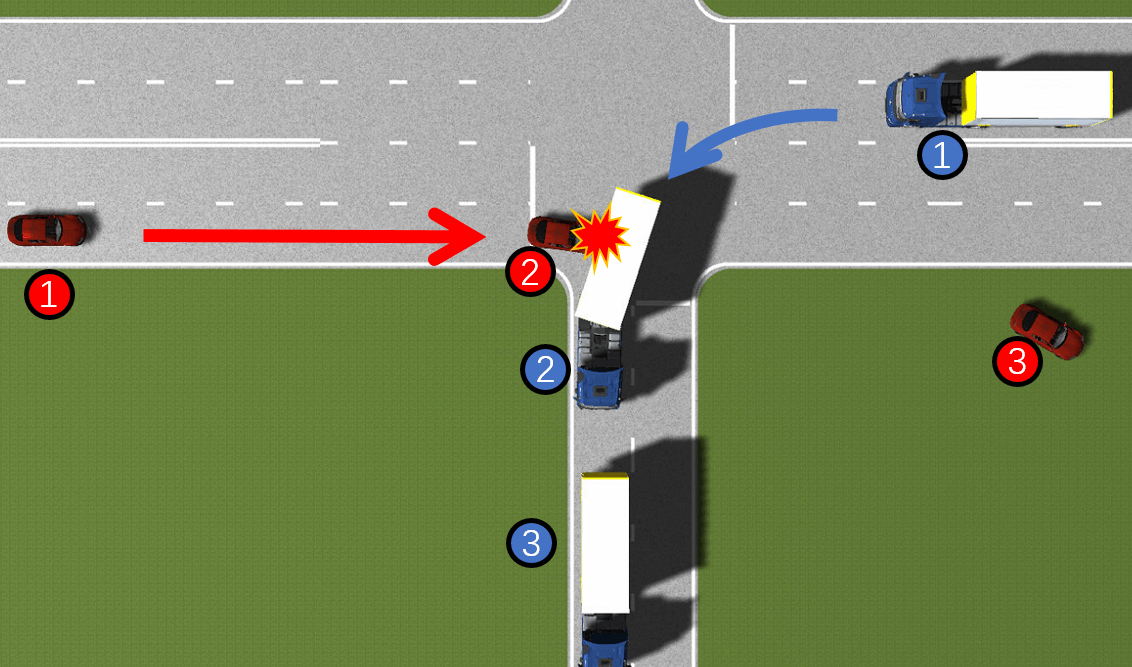 Abstract — Analyzing and reconstructing driving scenarios is crucial for testing and evaluating highly automated vehicles (HAVs). This research analyzed left-turn / straight-driving conflicts at unprotected intersections by extracting actual vehicle motion data from a naturalistic driving database collected by the University of Michigan. Nearly 7,000 left turn across path - opposite direction (LTAP/OD) events involving heavy trucks and light vehicles were extracted and used to build a stochastic model of such LTAP/OD scenario, which is among the top priority light-vehicle pre-crash scenarios identified by National Highway Traffic Safety Administration (NHTSA). Statistical analysis showed that vehicle type is a significant factor, whereas the change of season seems to have limited influence on the statistical nature of the conflict. The results can be used to build testing environments for HAVs to simulate the LTAP/OD crash cases in a stochastic manner.

Interactions between Automated Vehicles and Pedestrians at Unsignalized Crossings 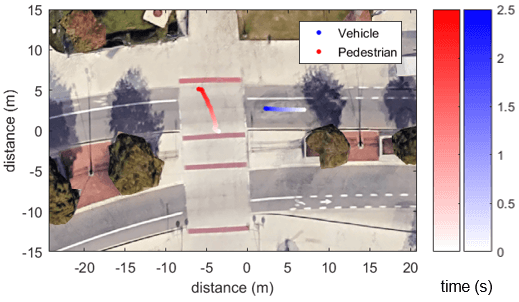 Abstract — Interactions between vehicles and pedestrians have always been a major problem in traffic safety. Experienced human drivers are able to analyze the environment and choose driving strategies that will help them avoid crashes. What is not yet clear, however, is how automated vehicles will interact with pedestrians. This paper proposes a new method for evaluating the safety and feasibility of the driving strategy of automated vehicles when encountering unsignalized crossings. MobilEye sensors installed on buses in Ann Arbor, Michigan, collected data on 2,973 valid crossing events. A stochastic interaction model was then created using a multivariate Gaussian mixture model. This model allowed us to simulate the movements of pedestrians reacting to an oncoming vehicle when approaching unsignalized crossings, and to evaluate the passing strategies of automated vehicles. A simulation was then conducted to demonstrate the evaluation procedure.

Abstract — Misunderstanding of driver correction behaviors (DCB) is the primary reason for false warnings of lane-departure-prediction systems. We propose a learning-based approach to predicting unintended lane-departure behaviors (LDB) and the chance for drivers to bring the vehicle back to the lane. First, in this approach, a personalized driver model for lane-departure and lane-keeping behavior is established by combining the Gaussian mixture model and the hidden Markov model. Second, based on this model, we develop an online model-based prediction algorithm to predict the forthcoming vehicle trajectory and judge whether the driver will demonstrate an LDB or a DCB. We also develop a warning strategy based on the model-based prediction algorithm that allows the lane-departure warning system to be acceptable for drivers according to the predicted trajectory. In addition, the naturalistic driving data of 10 drivers is collected through the University of Michigan Safety Pilot Model Deployment program to train the personalized driver model and validate this approach. We compare the proposed method with a basic time-to-lane-crossing (TLC) method and a TLC-directional sequence of piecewise lateral slopes (TLC-DSPLS) method. The results show that the proposed approach can reduce the false-warning rate to 3.07%.

Abstract — A driver's braking behavior has a great impact on vehicle safety in car-following scenarios. Accurately predicting and inferring the driver's decision to brake is critical for designing warning systems and avoiding collisions. In this paper we focus on predicting a driver's intent to brake in car-following scenarios from a perception-decision-action perspective on the basis of his/her driving history. A learning-based inference method, using onboard data from CAN-Bus, radar and cameras as explanatory variables, is introduced to infer drivers' braking decisions by combining a Gaussian mixture model (GMM) with a hidden Markov model (HMM). The GMM is used to model stochastic relationships among variables, while the HMM is applied to infer drivers' braking actions based on the GMM. We estimate the GMM parameters using an Expectation-Maximization (EM) algorithm. Real-case driving data from 49 drivers (more than three years' driving data per driver on average) have been collected from the University of Michigan Safety Pilot Model Deployment (SPDM) database. We compare the GMM-HMM method to a support vector machine (SVM) method and a SVM-Bayesian filtering (SVM-BF) method. The experimental results are evaluated by employing three performance metrics: accuracy, sensitivity, and specificity. The comparison results show that the GMM-HMM obtains the best performance, with an accuracy of 90%, sensitivity of 84%, and specificity of 97%. Thus, we believe that this method has great potential for real-world active safety systems. 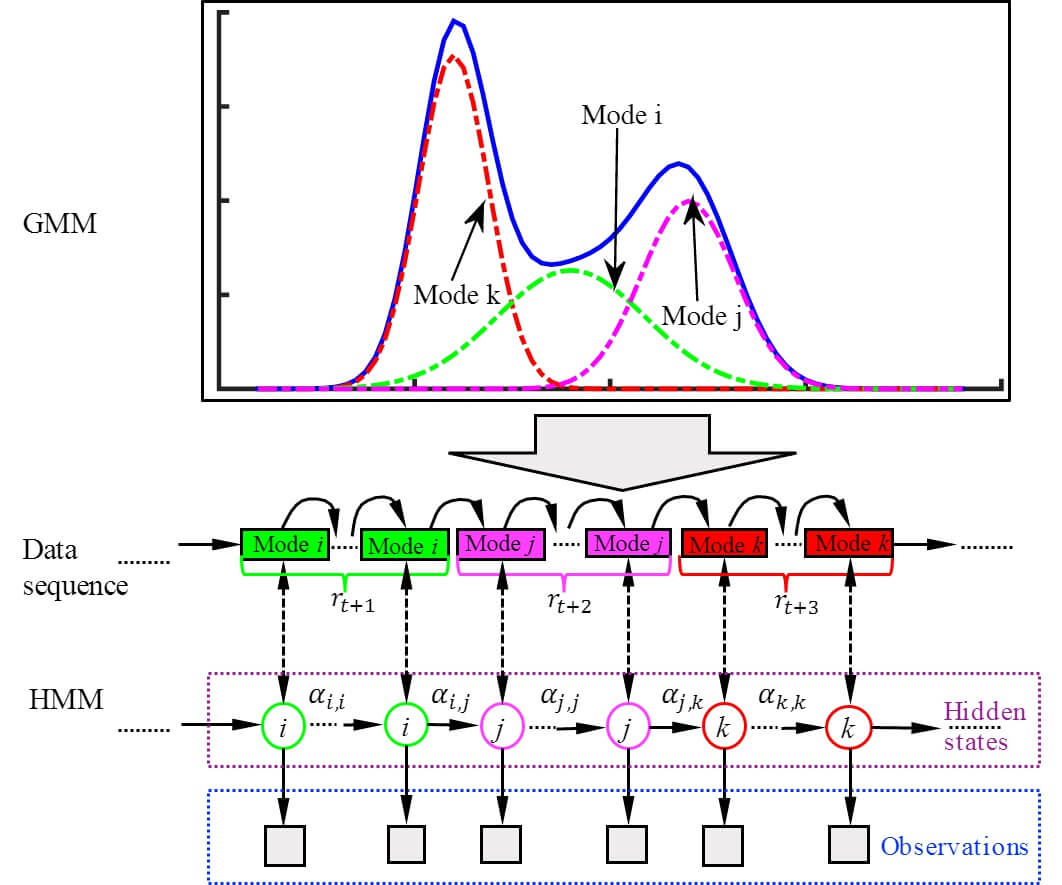 Abstract — Personalized driver model plays an important role in development of the next generation advanced driver assistance systems and highly automated vehicle. One of the popular learning approaches of modeling driver typical behavior (e.g., car following and lane change) is based on Gaussian mixture model (GMM). The Gaussian distribution is unbounded, however, the driver behavior as well as the observed data, such as vehicle speed, throttle opening, and braking force, etc., are usually non-Gaussian distribution and have bounded support. Therefore, the GMM could not perfectly fit this non-Gaussian and bounded support data with less number of components. To deal with this problem, an extension of generalized Gaussian distribution (GGD), i.e., bounded generalized Gaussian mixture model (BGGMM) is presented, in which GMM, Laplace mixture model (LMM), generalized Gaussian mixture model (GGMM) are the special cases for different model parameters. Then, a car-following scenario is selected to show the benefits of the proposed BGGMM. The parameters of BGGMM are learned from 8 drivers with naturalistic driving data collected from the University of Michigan Safety Pilot Model Deployment program. Then, the combination between hidden mixture model (HMM) and BGGMM is developed to generate a personalized acceleration sequence. The car-following experiment results for 8 drivers show that the BGGMM are more flexible and robust to learn different shapes of observed driving data that are usually non-Gaussian and have bounded support data, compared to GMM method. 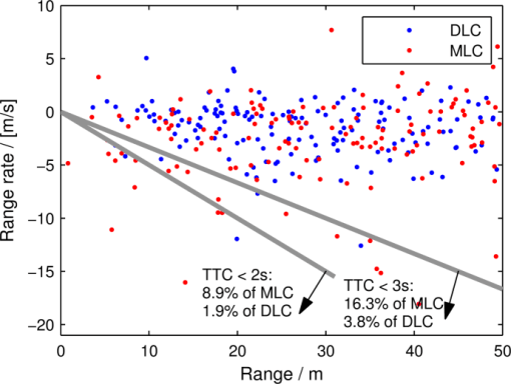 The best form of contact, generally, is via email.